I'm not allowed to have favourites but if I did, this would be my favourite model interview ever! Luke has been on such an interesting journey from falling into modelling by accident and travelling the world! Check it out!

Tell us a bit about you

I'm Luke. I’m a 35 year old Birmingham born and bred model based in London. (back in Brum for a little while now though due to current situation)

I spent about 8 years away from the fashion scene teaching English in Spain to Spanish university students in Madrid, Valencia and Barcelona.

I moved back to the UK and got back into modelling. I’m about to start an English degree at Birkbeck university, which I’m really looking forward to.

Who (or what?) inspired you to become a model?

I’ve always been comfortable in front of a camera but I fell into modelling by chance when I was working as a learning support assistant at a secondary school. We took a group of students to a workshop day out to learn about photography and how to use Adobe Photoshop. A guy called Dave Remes asked me to be the model to show the students how to mess around with some effects and stuff and he said he knew an agent and he would send my photos. 2 days later I was signed to an agency and it went from there.

If you could live anywhere in the world, where would you move to?

I really love Latin American culture and have spent some time in Colombia which is such an incredibly beautiful country but sometimes maybe misunderstood due to  some of its tragically painful recent history.

It is an amazing place to visit and the people there are so very warm and welcoming.

There is a tiny Colombian fishing island on the coast of Nicaragua in the Caribbean sea named Providencia which is my favourite place on earth that I have visited so far. It is literally my paradise.

How would your best friend describe you?

My best friend would probably say something awfully inappropriate just to make me look bad, that's the kind of relationship we have, always making fun of each other.

On a serious note, I was his best man and in my speech at his wedding I said that he has always been there for me throughout my life, through all of the best times and more importantly the worst. He's incredibly kind and loyal and an amazing best friend to have. I like to think he would describe me in exactly the same way.

If you could have any superpower, what would it be?

I think it would be either invisibility or flying. I think flying would be cooler.

I always loved superman as a kid, had the costume, cape and all.

What are you currently reading?

I’m preparing to start my English degree in October so I’ve been reading more than usual.

a few of the things I have read recently:

Mark Manson - 'Everything is F*cked'

What are your Top 3 life goals

I just basically want to be healthy and happy and be proud of what I do.

I may end up teaching again in the future but who knows... happiness is key for me. Kids 1 day too would be great 🙂 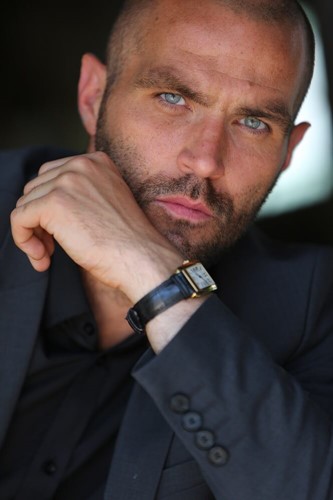 There was a ridiculously badly planned shoot in Barcelona for a Peruvian clothing company where they had no permission to shoot in the locations we were in, which meant we were getting changed in the street and park bushes and getting chased out of restaurants which I thought had been previously notified of our attendance. I completed the job but was furious at my agent and I left them for a better one. I’ve also had some quite funny jobs that my friends like to remind me of. eating burgers, modelling sleeping bags, fixing boilers......my favourite was getting paid to play football for 2 days. Fantastic!!

What tips/advice would you give to anyone joining the industry?

Don't get signed and suddenly think that it's 100% going to change your life. That may well be the case and I hope it does happen for you, but stay grounded and just roll with the times. It can be a very tough industry and I’ve learned to just have fun with it when the jobs come. You can go for a while with no work and then loads of cool jobs all come at once. Always have a backup plan for the future for sure! Good Luck!!

How can we help?

Interested in our client services? Drop us a line to see how we can help you.

Are you looking to join RMG? Click the link below to apply

Use the search form below to search our models.