Three months before the key climate summit in Glasgow, a code red for humanity was announced, following the Intergovernmental Panel on Climate Change (IPCC).

It specifically states that human activity is changing the climate in unprecedented and sometimes irreversible ways, warning of extreme heatwaves, droughts and flooding and the fact that a key temperature limit will be broken in just over a decade.

The past week has seen world leaders from every nation arrive in Glasgow, Scotland, to discuss the greatest risk to us all, climate change.

Fashion is a significant contributor to climate change, accounting for around 5% of human greenhouse gas emissions. 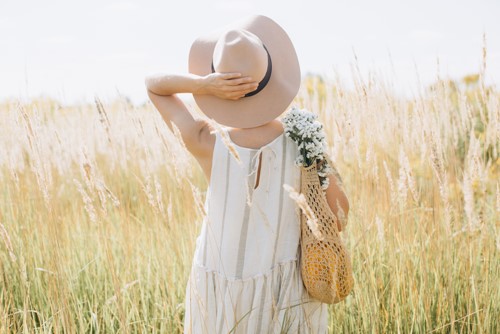 The World Economic Forum identified fashion, and its supply chain, as the planet’s third largest polluter, after food and construction.

The fashion industry has pledged to quicken their ambitions, calling on companies to halve their emissions by 2030.

Though previously the sector had a target of reducing emissions by 30 per cent by 2030, through the Fashion Industry Charter for Climate Action, they are urging them to use science to set their targets.

Other commitments in the updated charter include sourcing 100%of electricity from renewable sources by 2030 and sourcing environmentally friendly raw materials.

Companies have already shown their commitment towards sustainability, with Saint Laurent announcing they would stop using fur from next year and with Stella McCartney replacing leather with an alternative that has been grown from mycelium, the underground root structure of a mushroom.

It can grow on a sheet of sawdust in about two weeks and its carbon footprint is considered exceptionally small, in comparison to a cow which take years to raise.

However, we still need more companies to make more ambitious commitments, not just setting strong targets, but working with policymakers to achieve them.

How can we help?

Interested in our client services? Drop us a line to see how we can help you.

Are you looking to join RMG? Click the link below to apply

Use the search form below to search our models.